You are here: Home › Campaigns › Apple's iOS takes a bite out of your freedom

Apple's iOS takes a bite out of your freedom

by Zak Rogoff Contributions — Published on Dec 14, 2012 02:16 PM
Thinking about buying an Apple product? Think again. Here are five good reasons to boycott Apple's iOS. Read on, and learn how you can take action.

Apple, not you, controls what you can install on mobile devices

Apple corporate headquarters keeps a tight lock on the apps available for its mobile operating system (iOS), which is used on the iPhone, iPad, and Apple Watch. Software developers even have to pay a tax to Apple to publish their work in the App Store. With the vice-like grip they have on Macs now thanks to Apple Silicon, new Mac computers now forbid you from installing free software applications or operating systems, due to improper use of code signing.

Apple also prevents you from changing the operating system on the devices, so there's no way to escape the restrictions. If you try to change the software on your device, Apple's lawyers claim you are a criminal under the Digital Millennium Copyright Act (DMCA). They've done this as recently as December 2019, when they used the DMCA to remove a post to Twitter that revealed an iPhone encryption key.

Apple is a patent bully

Apple continually amasses patents, simply so that it can threaten other developers with lawsuits if they create something vaguely similar to an Apple program, even by accident. Sometimes the company even uses its massive patent arsenal to threaten developers of programs that interact with its products. Apple's aggression chills innovation in the world of software (especially free software), because developers are scared of getting on Apple's bad side.

All Apple products accept and welcome DRM (Digital Restrictions Management) that takes control of your music, movies and games away from you. Even though it's possible to download DRM-free music on an Apple device, its streaming music and movies have DRM.

As part of its micromanaging of the apps available for iOS, Apple censors all free software. Additionally, Apple Music, which comes with their desktop and mobile devices, refuses to play media in free formats like Ogg Vorbis and Ogg Theora.

Apple operates a network of services for managing contacts, calendars and correspondence across all its devices. This amounts to a huge vacuum sucking up users' personal information and storing it in a centralized server farms that are vulnerable to attacks. And since the software running on people's Apple devices is proprietary, no one except Apple can audit it and know exactly what it is sending to the mothership.

If you're using an iPhone, the situation is particularly bad: the devices exposes your whereabouts and provides ways for others to track you without your knowledge.

You can help by writing to Apple CEO Tim Cook (tcook@apple.com) and letting him know that you won't buy Apple devices because of their proprietary software and DRM. Please CC us on the email at campaigns@fsf.org. If you need help on drafting one, check out an example email from the FSF's anti-DRM campaign, Defective by Design. 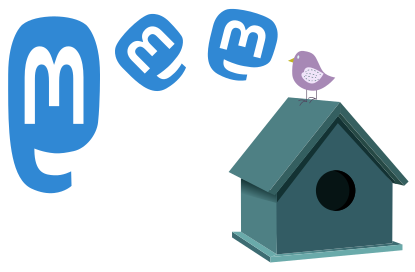