You are here: Home › About › staff and board


GPG keyring of the FSF staff and board and GPG signature.

More about the role of the FSF's board of directors

About the distinction between voting and board members 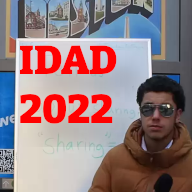 Watch our recent IDAD interviews where we asked the public their thoughts about the freedom to share.

Recent blogs
Thank you and a very warm welcome to our new members
Join LibrePlanet 2023 behind the scenes as a volunteer
Associate members are invited: Nominate new candidates to the FSF board
Sharing knowledge about the GNU family of licenses
Recent blogs - More…