You are here: Home › FSF News › Protesters call on the BBC to eliminate DRM from the “iPlayer”

Protesters call on the BBC to eliminate DRM from the “iPlayer”

£130 Million will be wasted because of Digital Restrictions Management

Two weeks after the BBC officially launched the iPlayer, protesters  wearing bright yellow Hazmat suits gathered outside BBC Television Center in London and BBC headquarters in Manchester to demand that Digital Restrictions Management (DRM) be eliminated from the BBC.

The BBC have developed the “iPlayer” and its program distribution model at an estimated cost to the BBC license fee payer of £130 Million and rising. The software tool was meant to be developed to help viewers download TV shows to their computers. But in the process the BBC Trust has unwittingly given up on important principles it was chartered to protect – open access and independence from corporate influence.

The BBC Trust choose to infect the iPlayer with Digital Restrictions Management (DRM) technology. DRM restricts what you can do with your computer and the digital files you possess, and monitors and spies on your computing activities. The secretive nature of a DRM scheme hands a monopoly to the DRM author. In the case of the iPlayer, the DRM author is Microsoft. The iPlayer has been developed exclusively for Microsoft's operating system, and hands an enormous windfall to the convicted monopolist.

Green Party Principal Speaker Dr Derek Wall joined protesters in London from DefectiveByDesign.org and said, "For years, anyone with a TV and video could record BBC programmes and keep them as long as they want. Now, with this new service, you have to own a specific brand of computer system - Microsoft. How does that help schools and home users to move away from the Microsoft monopoly? It doesn't. It gives them another reason to keep buying the over-priced and insecure Windows operating system." 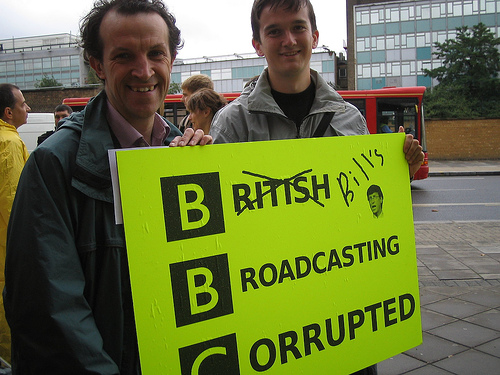 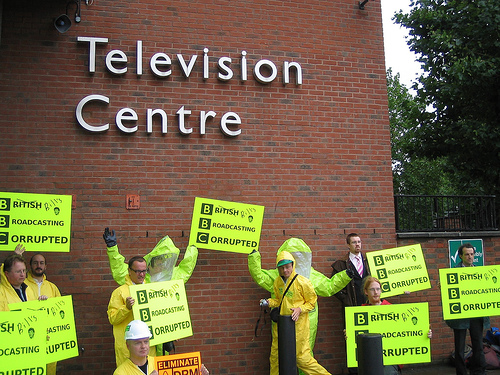 
About Defective By Design

DefectiveByDesign.org is a broad-based, anti-DRM campaign that is targeting Big Media, unhelpful manufacturers and DRM distributors. It aims to make all manufacturers wary about bringing their DRM-enabled products to market. The campaign aims to identify "defective" products for the consumer. Users are being asked to stand up in defense of their existing freedoms and to take action by joining at http://DefectiveByDesign.org

The Free Software Foundation, founded in 1985, is dedicated to promoting computer users' right to use, study, copy, modify, and redistribute computer programs. The FSF promotes the development and use of free (as in freedom) software - particularly the GNU operating system and its GNU/Linux variants - and free documentation for free software. The FSF also helps to spread awareness of the ethical and political issues of freedom in the use of software. Their Web site, located at www.fsf.org , is an important source of information about GNU/Linux. Donations to support their work can be made at http://fsf.org/join They are headquartered in Boston, MA, USA.