You are here: Home › Blogs › Community › Update on the effort to defeat Restricted Boot

Update on the effort to defeat Restricted Boot

by Joshua Gay Contributions — Published on Oct 31, 2012 05:34 PM
Ubuntu has decided to stick with GRUB 2 after all; 48 organizations and over 37,000 people have signed the statement opposing Restricted Boot, but Microsoft's new tablet is hitting stores.

Think twice before purchasing Microsoft's new ARM-based tablet, especially if you are hoping to replace the new Windows RT operating system, with a free software operating system such as GNU/Linux or Android. These new devices ship with Restricted Boot, which prevents you from installing free software on the device.

If this new approach by Microsoft of handcuffing users to its operating system bothers you, then join us in signing the statement, stand up for your freedom to install free software.

So far 48 organizations and over 37,000 people have signed the statement. What's more, the free software community has pulled together over the past six months to begin ensuring that the GNU/Linux operating system will be able to run on computers that ship with Secure Boot. In June we published a white paper, of our recommendations for free operating system distributions considering Secure Boot. We will be making some important updates to this white paper in the near future. One update of note that we are very pleased with is the decision by Ubuntu to use GNU GRUB version 2 as its bootloader.

While there is still much work to be done to ensure that users will be able to purchase computers running free software versions of UEFI along with a free software operating system, we are happy to see the free software community has decided to begin taking a more unified effort against Microsoft's Restricted Boot and in favor of Secure Boot. 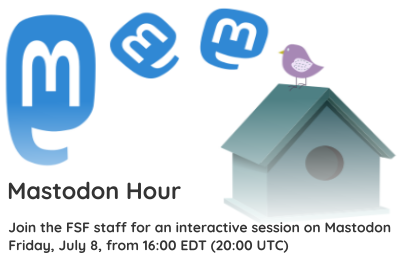