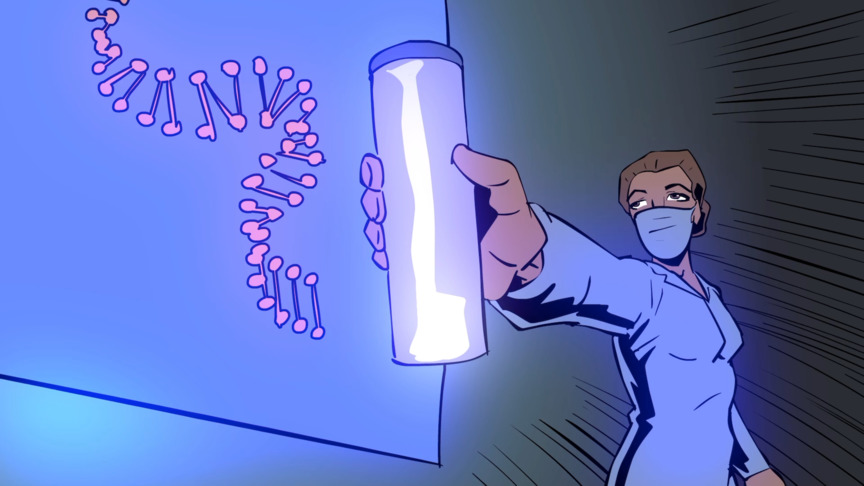 As part of the FSF35 anniversary celebration, the FSF released a new advocacy video called "Rewind."

It’s an honor to be the campaigns manager of an organization that has maintained a tireless commitment to user freedom for thirty-five years. Getting an accurate handle on decades of historical, philosophical, and technical development hasn’t been easy, but it never ceases to be inspiring.

The free software movement is a testament to how enduring a simple set of principles can be. Not only has the Free Software Definition been influential in other fields of endeavor like cultural works, but it's served as a foundational tool for evaluating whether the digital tools we use have our best interests in mind. If they do, that gives us cause to celebrate. But if they don't, the definition also points the way to practical steps that we need to take to achieve freedom. These sound principles and the dedicated activists behind them are rare in any community, but when the organization was founded in 1985, they were visionary.

The stakes for our work are higher today than most people would have anticipated back then, unless they had read and understood their Philip K. Dick. However, the FSF has been discussing the potential for software to lead to a dystopia since its inception. In a world in which your doorbell spies on you and Digital Restrictions Management (DRM) has penetrated to the deepest levels of computer hardware, subverting the user’s interests for those of surveillance capitalism, these principles are as vital and necessary as when they were conceived.

The campaigns team, whose role is to address issues threatening software freedom and to expand the free software movement, was not present at the beginning of the FSF’s history. Instead, the early FSF focused on being the legal steward of the GNU General Public License (GPL) and the technical development of the GNU operating system. But as we saw threats arise, and knowing that only we would stand up in defense of the founding principles, the organization decided to combat them holistically. Today, we have messaging on nearly every topic affecting the freedom of computer users, and our team is constantly addressing new issues, such as the need for ethical hosting services, the continual threat of nonfree JavaScript, institutional pressure to use nonfree communication tools, and the ubiquitous presence of DRM.

We’re now grappling with the fact that a significant chunk of computing is now done exclusively on mobile phones, but due to technical limitations, the community can only make limited recommendations on mobile phone freedom. We need to harness the energy and enthusiasm of a new generation of hackers from around the world to remedy this. It’s our job to ensure that freedom is brought to all software users, even if their computer is pocket-sized, and this is particularly of concern to our younger audience.

Thirty-five years in, the free software movement is just as relevant and important as ever, and there’s no better time to get involved. In fact, if its goals are going to succeed, we need more supporters than ever. Although our community has built enough software for the average person to do all of their daily computing in full freedom, we are up against an incredible amount of adversity. Companies like Apple, Google, Facebook, and Amazon have billions of dollars to pour into funding proprietary software. In 1985, when the FSF was founded, computing freedom was a niche concern, but today, the digital freedom of everyone you know is at stake. We hope you’ll continue your support for many anniversaries to come.