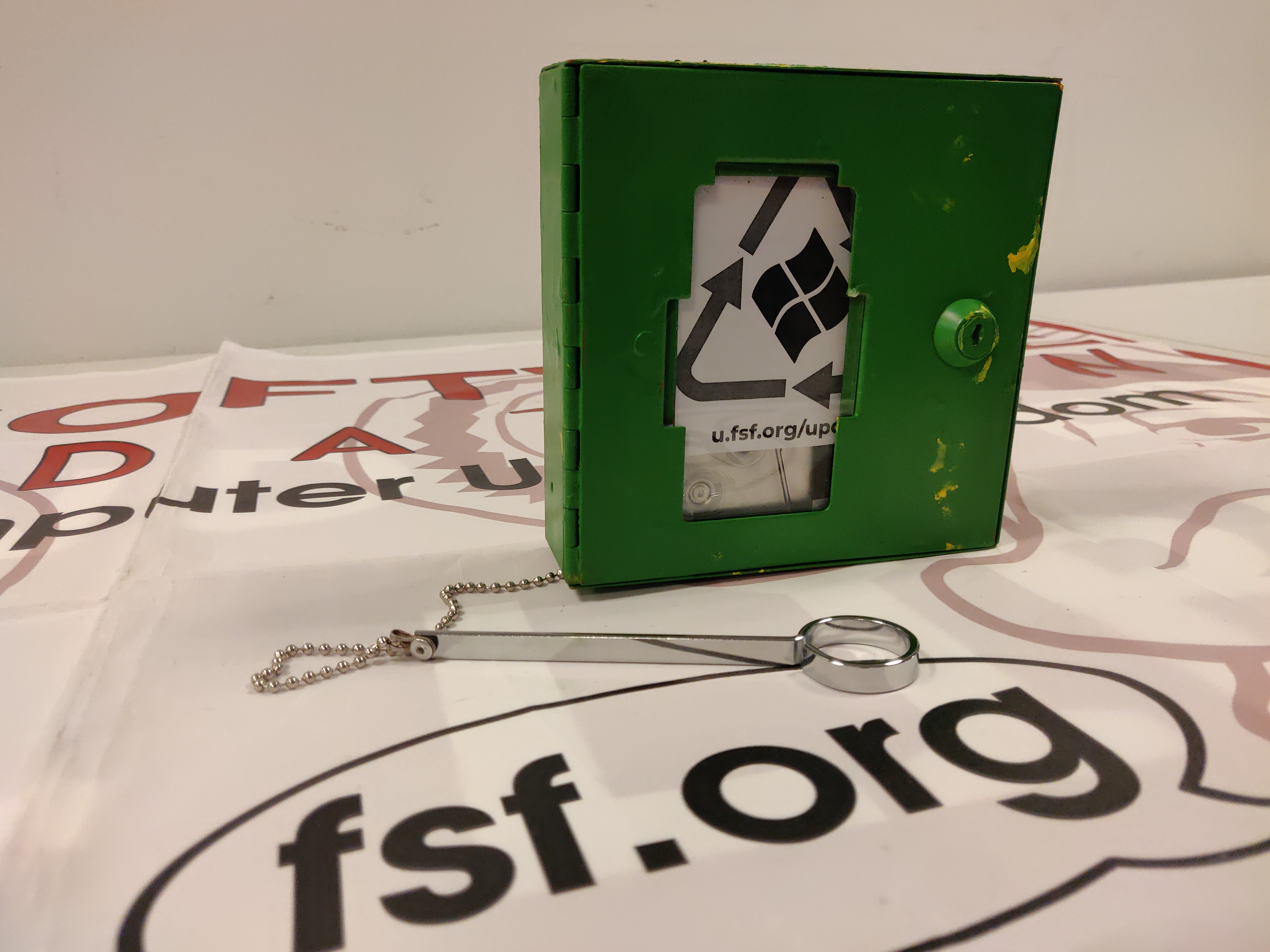 Since its launch on January 24th, we've had an overwhelming amount of support in our call to "upcycle" Windows 7. Truthfully, the signature count flew far faster than we ever expected it to, even despite our conservative (if aptly numbered) goal of 7,777 signatures. We have seen the campaign called quixotic and even "completely delusional," but in every case, people have recognized the "pragmatic idealism" that is at the core of the FSF's message. Even where this campaign has been attacked, it's nevertheless been understood that the FSF really does want all software to be free software. We recommend every fully free operating system that we are aware of, and want to be able to expand that list to include every operating system. So long as any remain proprietary, we will always work to free them.

Over the last few weeks, we have been carefully watching the press coverage, and are glad to see the message of software freedom popping up in so many places at once. We received a lot of support, and have responded to dozens of comments expressing support, concern, and even outrage over why the FSF would think that upcycling Windows 7 was a good idea, and why it was something we would want to demand.

Microsoft can free Windows. They already have all of the legal rights necessary or the leverage to obtain them. Whether they choose to do so or not is up to them. In the past weeks, we've given them the message that thousands of people around the world want Windows to be freed. Next, we'll give them the medium.

This afternoon we will be mailing an upcycled hard drive along with the signatures to Microsoft's corporate offices. It's as easy as copying the source code, giving it a license notice, and mailing it back to us. As the guardian of the most popular free software license in the world, we're ready to give them all of the help we can. All they have to do is ask.

We want them to show exactly how much love they have for the "open source" software they mention in their advertising. If they really do love free software -- and we're willing to give them the benefit of the doubt -- they have the opportunity to show it to the world. We hope they're not just capitalizing on the free software development model in the most superficial and exploitative way possible: by using it as a marketing tool to fool us into thinking that they care about our freedom.

Together, we've stood up for our principles. They can reject us, or ignore us, but what they cannot do is stop us. We'll go on campaigning, until all of us are free.