Today marked the second of two days of events and talks for the Free Software Foundation's (FSF) annual conference, LibrePlanet. This year's theme is "Living Liberation," and the talks and activities were centered around how to live a more liberated life in a world increasingly filled with technology.

To start the conference off, outreach and communications coordinator, Devin Ulibarri, gave opening remarks, and introduced the day's events, in addition to mentioning measures taken by the FSF tech team to resolve Saturday's technical difficulties, which included an added audio-only stream for users with low bandwidth and improvements made to how the "low-res" stream is generated.

Just like yesterday, there were many talks covering a variety of different topics, and there is much to be said about all of them. Here are some of our highlights.

"Design in the command line: Recipes for tasty outcomes" was presented by Ana Isabel Carvalho and Ricardo Lafuente of Manufactura Indepente. The command-line isn't something that's usually associated with graphic design, but Ricardo and Ana went above and beyond in providing practical advice for creating visible outcomes. Their cookbook included exotic ingredients like ImageMagick, PDFtk, FFMpeg, Makefiles, Git -- and as they so beautifully expressed in their description for the program -- "with just a dash of Python and Bash scripting to bind the flavors together." 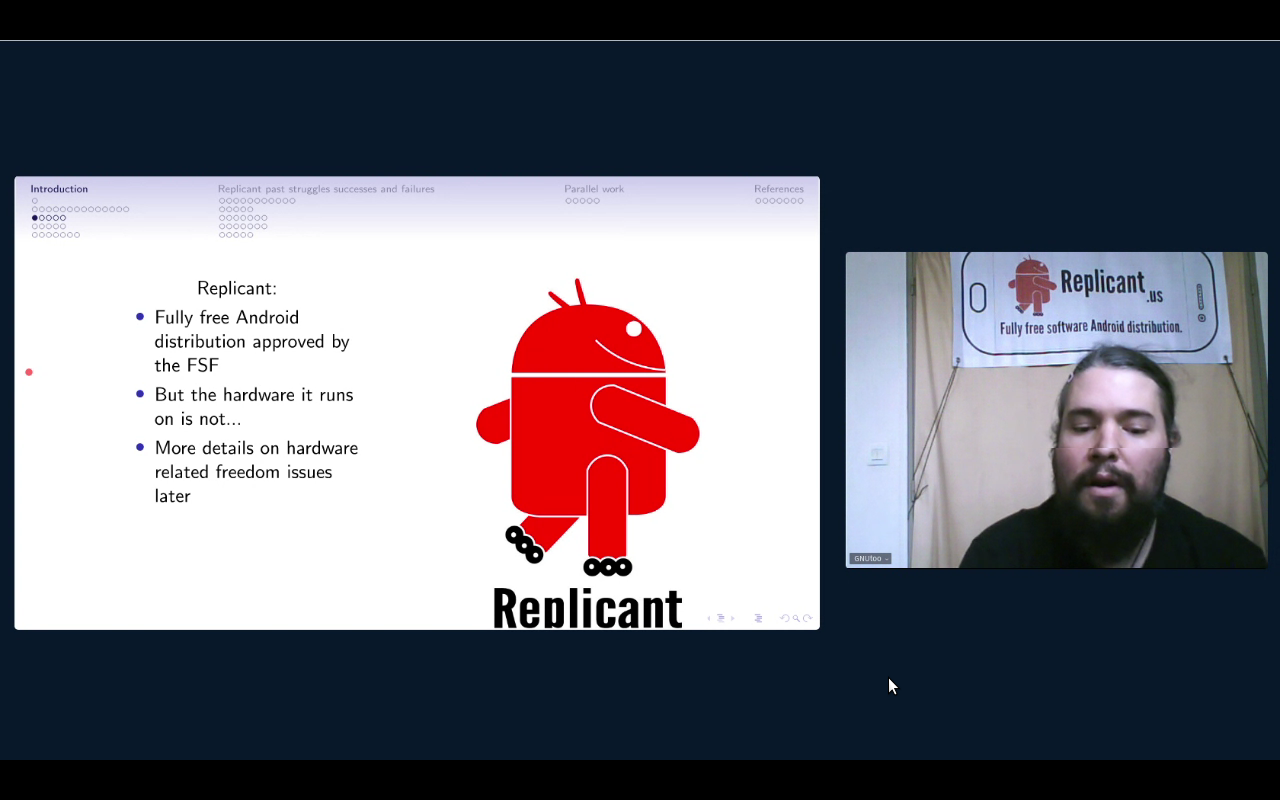 Denis "GNUtoo" Carikli spoke on behalf of Replicant, a free distribution of the Android operating system that is fiscally supported by the FSF. GNUtoo spoke about software freedom, Digital Restrictions Management (DRM), and more, especially where they pertain to the mobile phone landscape. The talk also covered some challenges ahead for freedom-friendly phones, such as the continuing deprecation of 3G networks.

GNUtoo highlighted the need or free software operating systems on mobile phones, but also for more hardware to be supported by free firmware. Even though Replicant targets the dated Samsung Galaxy S-III phone, a USB dongle is still required to connect to WiFi networks if one wants to retain their freedom. Artificial limitations like these are caused entirely by device manufacturers' reluctance to free the underlying firmware of a given device component, even if a free driver is available.

Carikli also shared some updates on the status of Replicant 11, which is currently underway. Also reported at the talk, Replicant has been able to switch to "mainline" versions of the kernel Linux, rather than relying on vendor-specific kernel trees and versions. 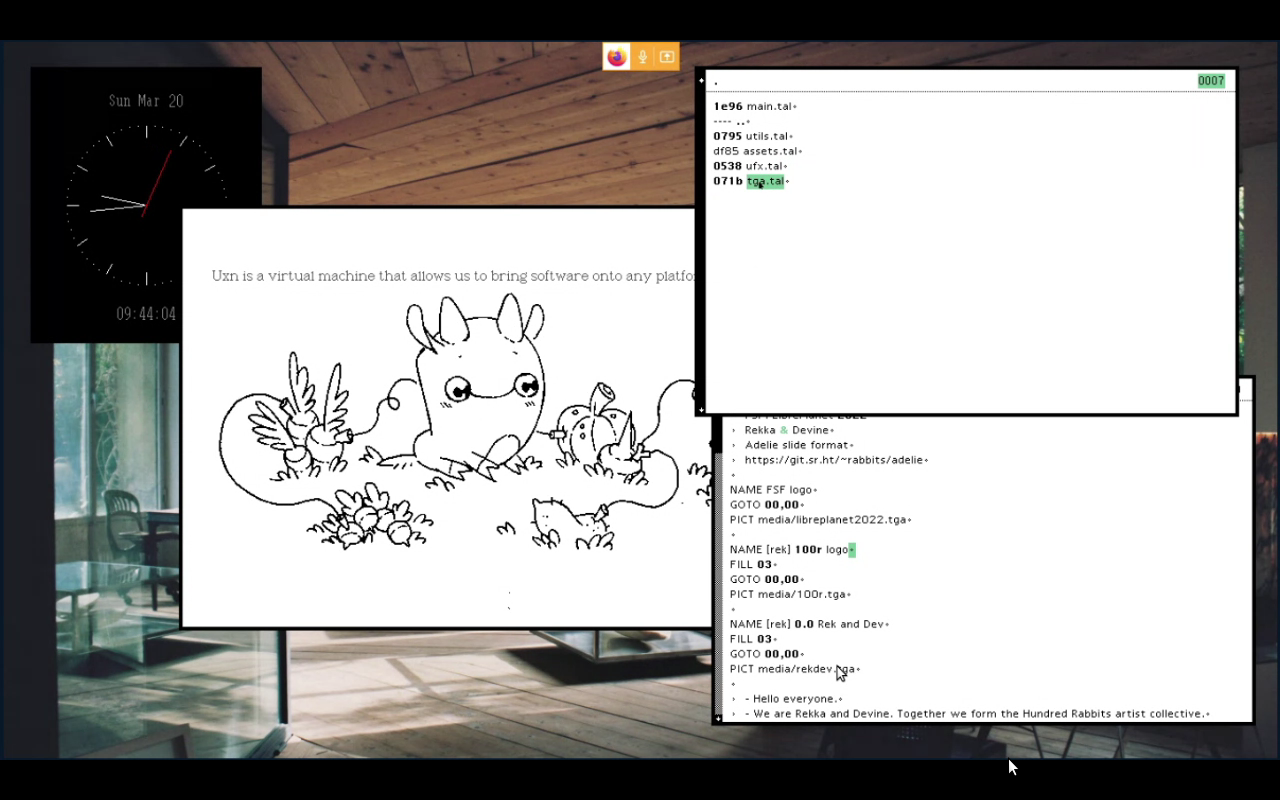 This Sunday's opening keynote was the collective Hundred Rabbits, who shared the challenges they both face living "off the grid," on a boat, and often without Internet.

Hundred Rabbits shared many tips for self-reliance and how their use of, among other things, free software helped them to live without reliance on proprietary software or "always-on," Service as a Software Substitute (SaaSS). Rekka and Devine shared their work on the Uxn virtual machine, which all of their programs target, and even showed some "under the hood" code used to run their slideshow presentation, which was quite delightful to see. They also described how their approach to software goes against the typical narrative in mainstream tech media, and how they exclusively use secondhand computers and devices, many of which are more than a decade old.

Given that Hundred Rabbits live and work on their trusty sailboat, which is lovingly named "Pino," during the Q&A, some time was devoted to the ins-and-outs of living on the sea: solar panels, going "fridge-less," and retrieving digital information with limited or no network access. As part of their talk, they also highlighted the need for "offline-first" (or "offline-friendly") software which is critical for a "more resilient future."

As Hundred Rabbits is an art collective, their presentation wouldn't have been complete without the illustrations accompanying all of their slides, drawn by Rekka. Their talk also had to do with ways they've "liberated [their] imagination by limiting [their] possibilities," speaking to how their constrained living situation has helped spark their extraordinary creativity. 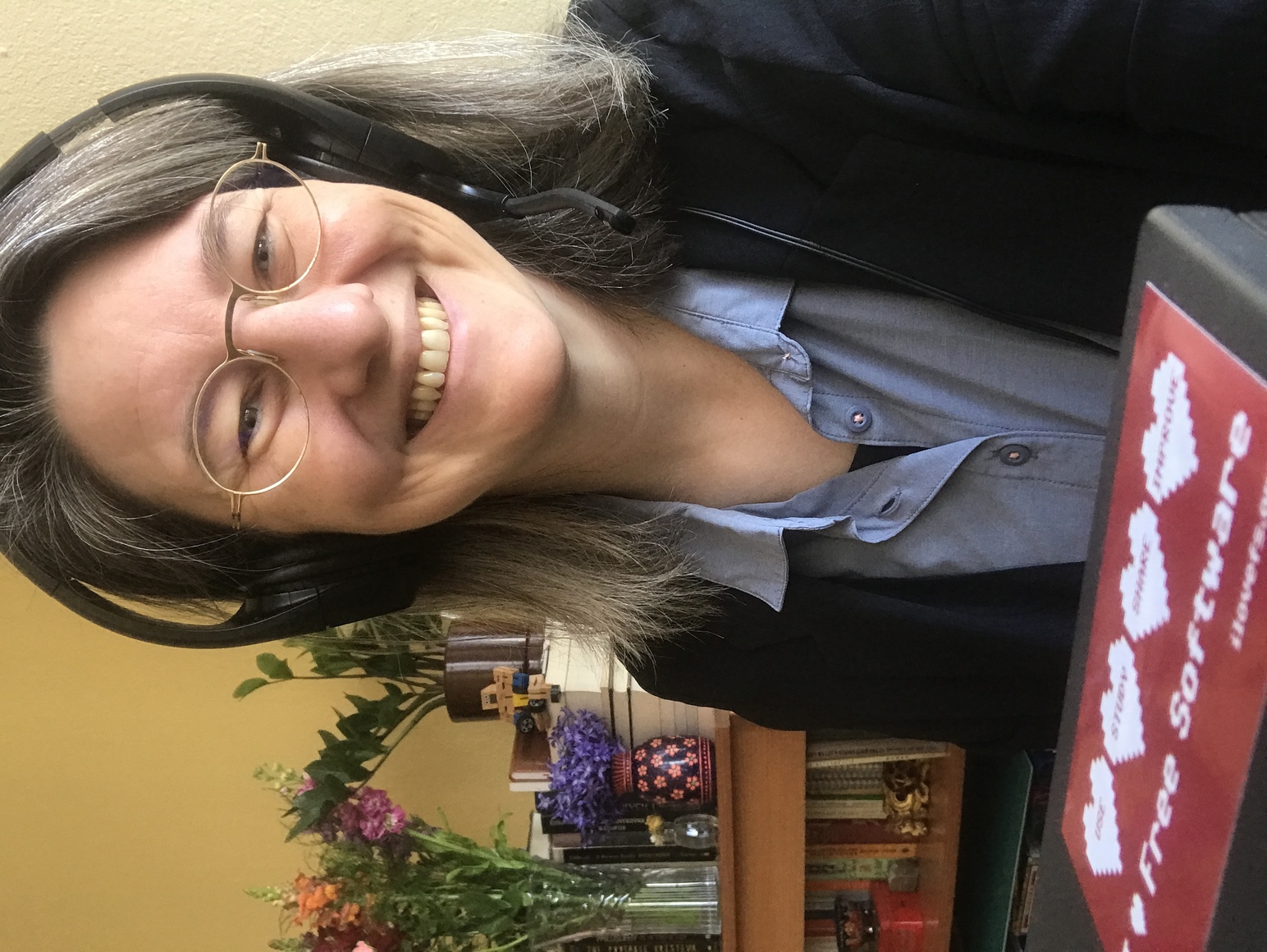 Later in the day, Greta Goetz, PhD, and assistant professor in the English Department, University of Belgrade, gave her talk, "Retracing digital freedom as pattern learning for life," and shared her perspective and efforts toward bringing free software into the classroom.

Greta discussed "co-creative digital spaces," habitual "usage patterns" that people and organizations often fall into, and challenges she personally faced when attempting to bring free software adoption to her institution. She also shared how she learned to program by creating digital tools for her own classroom, and recognized the work of free software communities, maintainers, and LibrePlanet organizers.

"If it wasn't for free software, these things would not be possible." 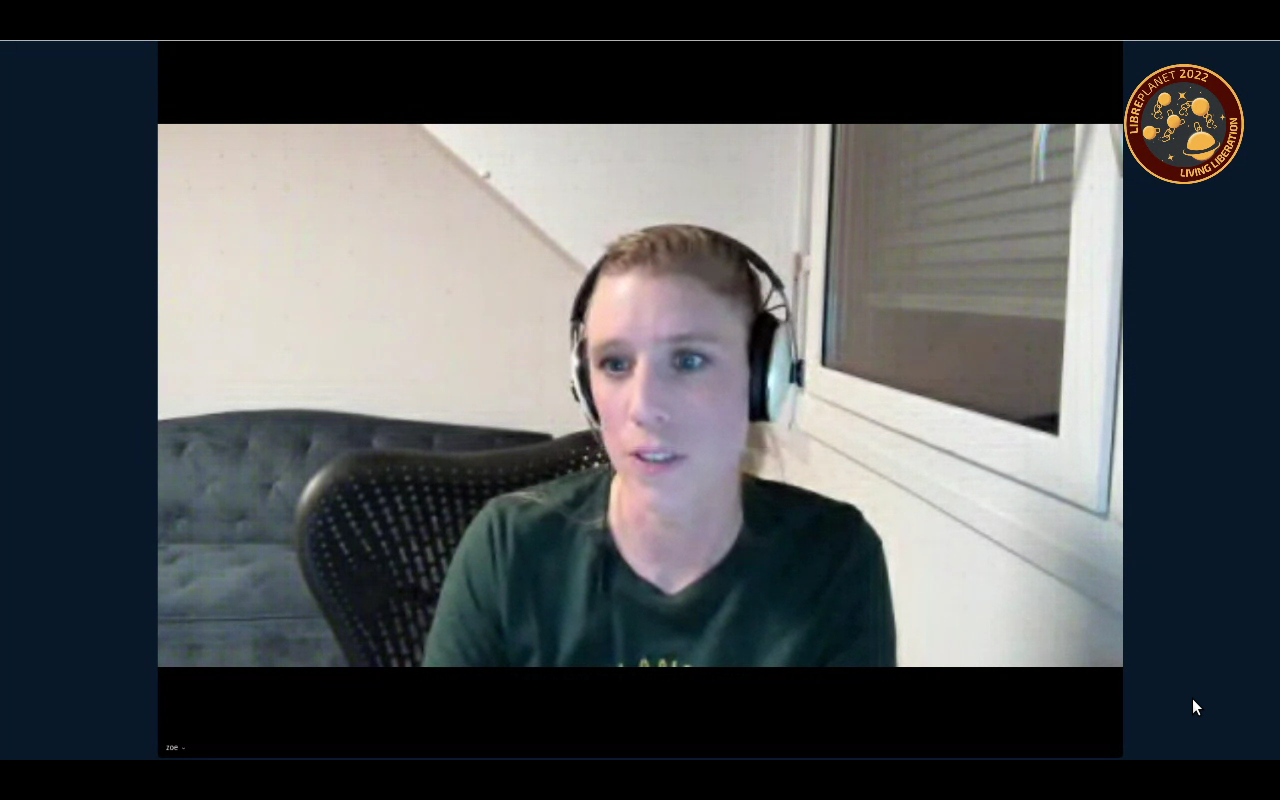 The closing keynote was given by Zoë Kooyman, the newly appointed executive director of the FSF. Zoë began by congratulating yesterday's FSF award winners, thanking our keynotes Marleen Stikker and Hundred Rabbits, and thanking all of the day's other speakers.

She spoke about how free software is relevant in many aspects of our daily lives, and emphasized two critical areas: education and government, for which the free software movement is continuing to work toward a more just digital society. She mentioned how digital books are "riddled with Digital Restrictions Management (DRM)," the challenges that increased online proctoring bring to privacy and software freedom, and the need for wider adoption of freedom-respecting ways of doing videoconferencing in education.

Zoë said that she has "an endless amount of examples and reasons to believe that free software is the way forward, worth protecting, and something we need to make sure people understand how to fight for," and went on to list numerous other reasons for people to fight for free software. These included license adoption and copyleft, the environment, right to repair, software-embedded medical devices, bulk surveillance and encryption, among others.

She concluded her talk by thanking FSF staff, volunteers, and contributors.

Knauth announced the first of these community gatherings in the form of a LibrePlanet workshop series, schedule pending, and a forthcoming talk by Richard M. Stallman (RMS), founder of the FSF and the free software movement. RMS's address will be entitled "The State of the Free Software Movement," and will be held by the FSF on April 13 at 14:00 EDT (18:00 UTC).

I hope that you were as inspired by this year's LibrePlanet as we were, and that it will motivate you to strive for more freedom in your daily life. Please see the events page for more information on our forthcoming workshops and events.

We look forward to seeing you at the next LibrePlanet! 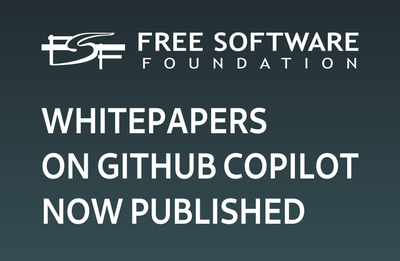