You are here: Home › Blogs › Community › LibrePlanet 2020 online: Second day of the conference closes on a high note

LibrePlanet 2020 online: Second day of the conference closes on a high note 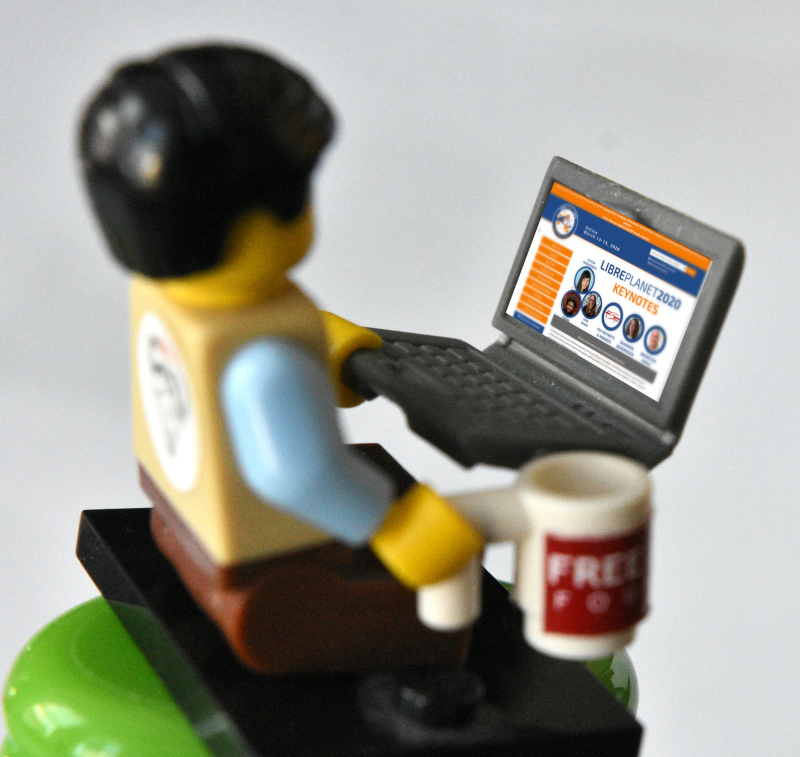 This followed on the heels of the previous day's presentation of the Free Software Awards to Let's Encrypt, Jim Meyering, and Clarissa Lima Borges, along with Free Software Foundation (FSF) executive director John Sullivan's announcement of a new FSF-sponsored working group to document and address the problem of proprietary communication tools. Just like the first day, the FSF coordinated with remote speakers and viewers from around the world via a fully free streaming setup which, while not without its technical challenges, proved that putting on a high quality conference using only free software is indeed possible. And in a look into the future of LibrePlanet itself, FSF program manager Zoë Kooyman announced the FSF's plans to create a LibrePlanet Community Council, which could provide input on matters at the heart of the conference's organization.

Appropriate to the conference theme of "Free[ing] the Future," Shannon Dosemagen kicked off day two of the conference with her talk "For us, by us: Free technology, community science, and the pursuit of environmental problem solving." In a prerecorded talk delivered to the conference, she speculated about free software's ability to lend assistance to community science efforts aiming to address environmental concerns. Drawing from her work with Public Lab, a recipient of the 2017 Free Software Award for Projects of Social Benefit, Dosemagen used the 2010 BP oil disaster as a lens to view the progress of free technology for environmental monitoring. She then joined the conference remotely via Jitsi to take questions from a large audience in the LibrePlanet IRC channel on Freenode. 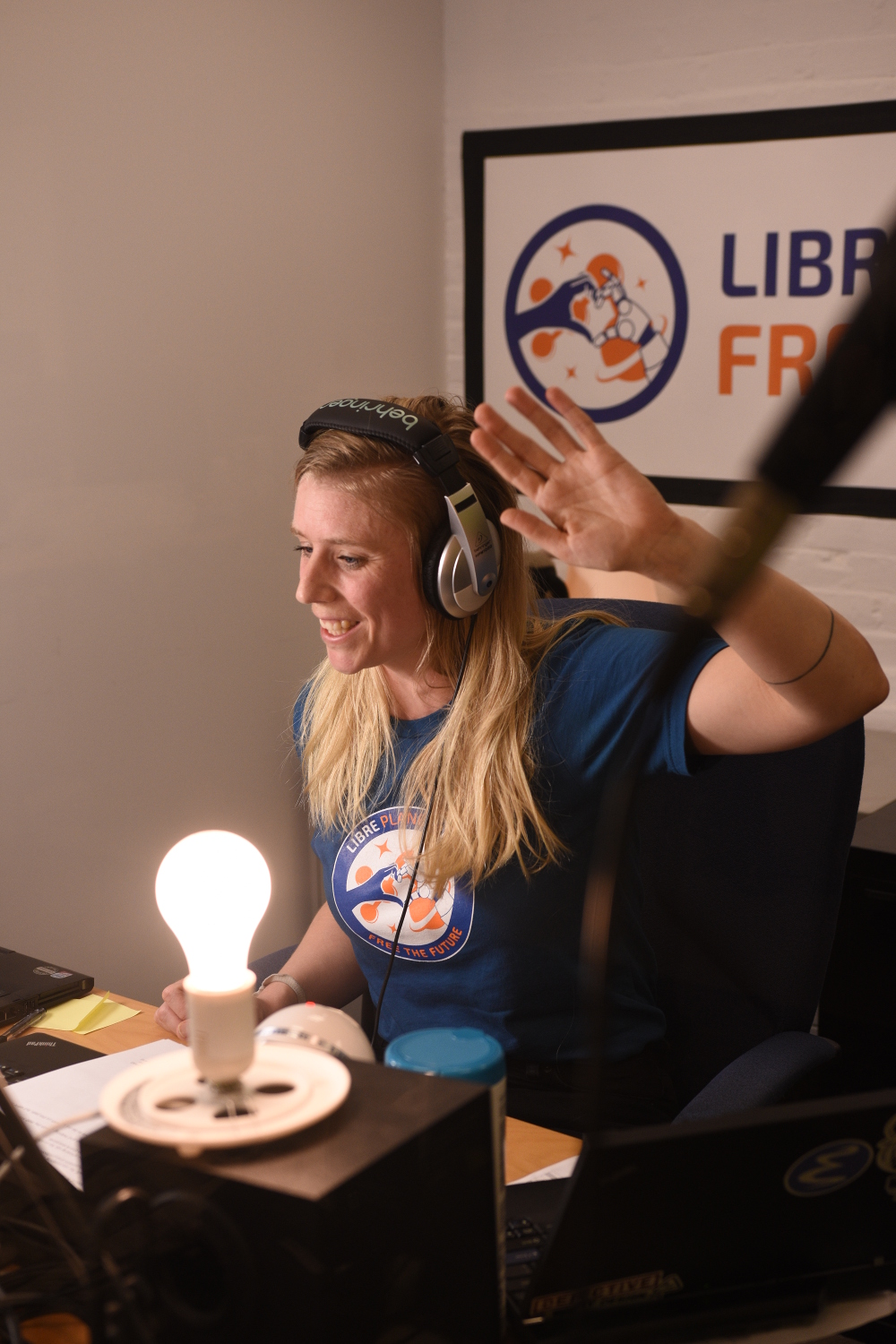 "Community" is a concept we often highlight in discussions of free software, but there are certain geographic and national contexts in which adapting our work to every community becomes a challenge. How do we, as free software contributors, approach communities where more thank 25 different languages are spoken? Özcan Oğuz and Alper Atmaca from Özgür Yazılım Derneği addressed precisely this question, detailing their work translating free software materials into the wide variety of Anatolian languages, including Kurdish, Zazaki, Lazuri, and Homshetsi. Before their work, many of these communities were unable to use any type of software in their own language, let alone access documentation. Oğuz, who delivered the session remotely, and Atmaca, who was present in the FSF office, detailed their impressive work to localize GNOME, Firefox, and other core GNU/Linux programs into all of these languages.

While most of the conference focused on free software's moving forward, developer Dennis Payne looks back. In a session titled "Free software game restoration," Payne emphasized video games' importance to the cultural and historical record, and highlighted the problem of older free software games that no longer run on modern GNU/Linux systems. By utilizing our freedom to study and modify these early games, we can ensure that they're able to be played and enjoyed for years to come. 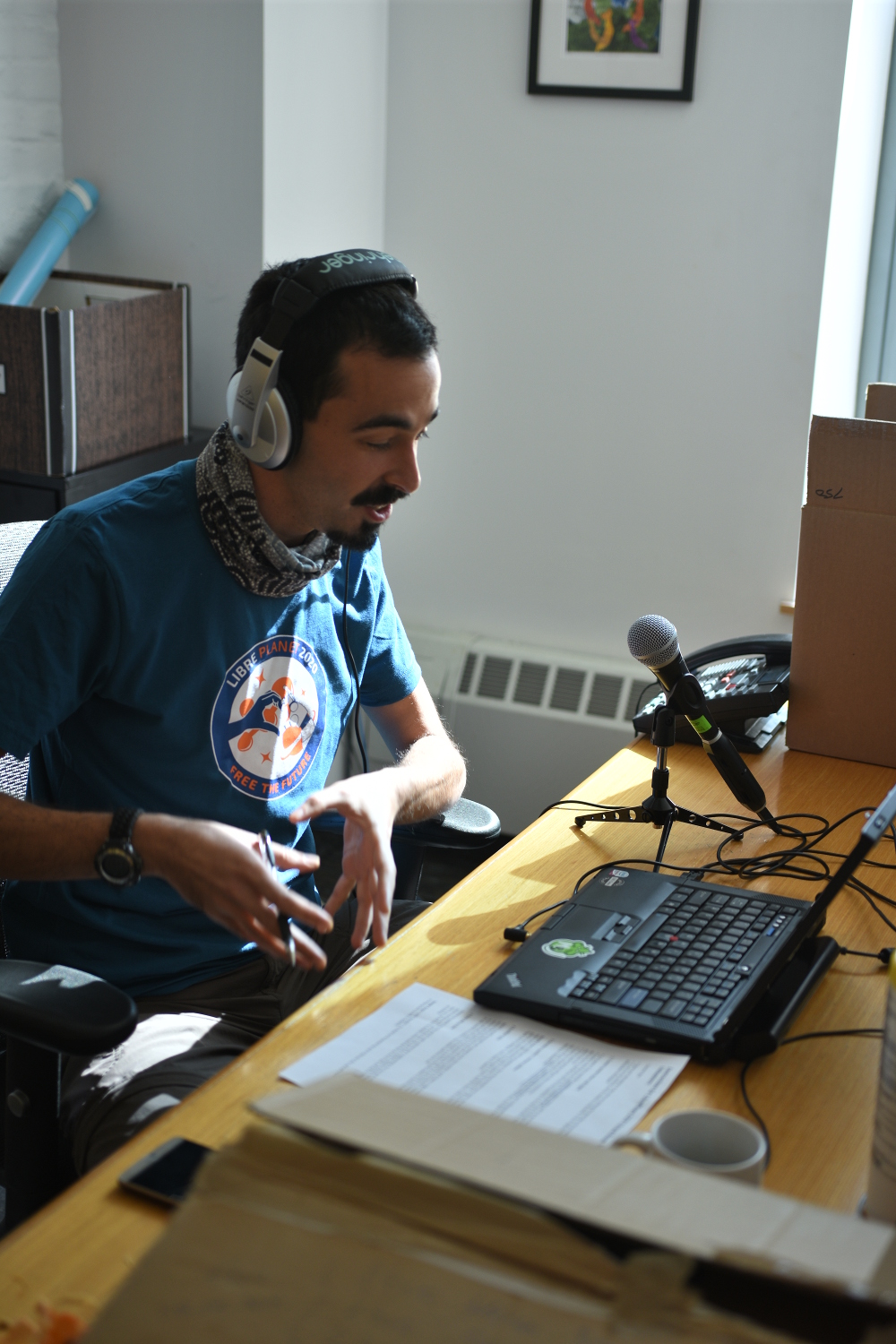 The movement to free the future was brought much closer to home with Sean O'Brien's presentation "GNU Health Embedded: An introduction," which gave an overview of recent updates to a version of the GNU Health project designed to work on pocket-sized computers. Targeting these platforms enables the program to be deployed into a wide variety of different environments, and optionally, defend its users' privacy through use of the Tor network. O'Brien gave several case scenarios for GNU Health's use in embedded environments while, in another session, recent Free Software Award winner for Outstanding New Contributor Clarissa Lima Borges explored the accessibility challenges non-technical users face when first coming to free software. Drawing from her work on improving user experience in GNOME, Borges's talk told the "love story" between free software and its users, and emphasized how relatively trivial changes to a program's visual design can go a long way in improving the user experience for all.

An online conference is nothing without some technical glitches and resolves. Speaker der.hans, whose talk was interrupted in the morning, returned in the afternoon to consider the future from a social media angle with his talk "Fediverse: Decentralized social networking and services." Der.hans gave users who may not be familiar with the federated Web's core concepts a crash course into popular free software server software like Mastodon, PeerTube, and Pixelfed.

Following O'Brien in the "Freedom" room of the conference were Devin Ulibarri and Walter Bender of Sugar Labs, who gave an overview of the project's developers, teachers, and students coming together to work on educational free software projects. Sugar Labs's application of this community effort is widely varied, ranging from hacking on introductory, visual programming languages to contributing to critical components of the Sugar OS distribution of the GNU/Linux operating system. This free spirit of collaboration continued on through Lori Nagel's talk on the reliance free software games have upon free cultural visual assets, the complex 2D drawings and 3D models that often have entire teams working on them to deliver a memorable experience. Notably, the focus of Nagel's talk was easy ways for those who enjoy free software games to start contributing to their favorite one, even if they currently lack programming skills.

In the "Patriot" room of the conference, developer Charles Lehner gave viewers a summary of the Secure Scuttlebutt project, an "offline-first" social networking protocol that allows its users to disconnect from the wider "web" and resync at any time -- making it ideal for those who live the nomadic, "solarpunk" lifestyle Lehner went on to describe. But things in the movement aren't always fun and games, and they aren't always especially clear either. Patrick Masson brought participants back into the "Grand" room of the virtual conference, delivering his talk "The Four Free-ums." As the movement is growing each day and attracts attention from both curious onlookers and big business, Masson reiterated the need for free software to stick to its founding principles, and what sets of tests successful free projects may have to overcome. He discussed how recent, "novel" takes on software freedom from outsiders at best leverage, or at worst, exploit the success of the four freedoms. This "free-washing" behavior is exactly what we recently called Microsoft out on with our Upcycle Windows 7 campaign. 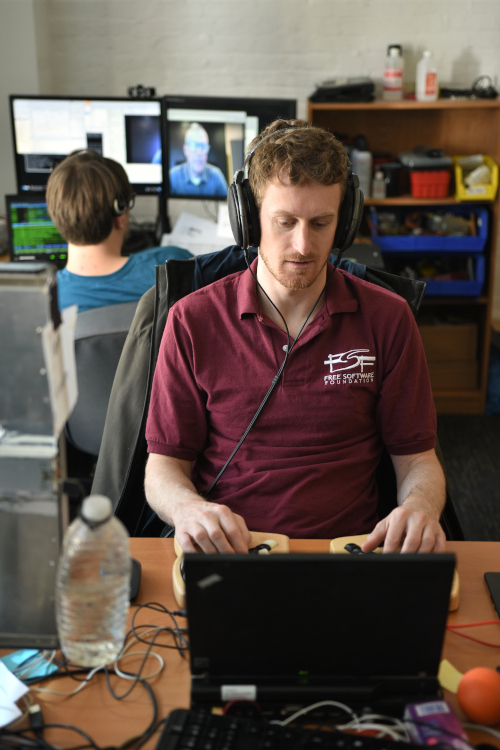 Just like any other social justice movement, the push for software freedom has its share of conflicts and interpersonal rifts between users and different projects. A past LibrePlanet speaker and free software activist, Katheryn Sutter, addressed these issues in a presentation entitled "Community healing: Re-establishing norms, trust, and truth after crises." Using her years of experience in grassroots organizations, Sutter shed light on how free software activists can learn from the history of other political causes. In the "Patriot" room the topic presented on was more "hands-on," with Marc Jones and Robert Read giving viewers a demonstration of devices that extend free software principles into the world of public invention projects.

In his closing keynote, "Locking the Web open: A decentralized web that can operate as free software does," Internet Archive founder Brewster Kahle revisited the explosive growth of the Internet over the first thirty years of its existence, and emphasized the importance of ensuring its original values are encoded into the framework of the Web itself. Kahle highlighted user privacy, free speech, and free access to knowledge as the key concepts that drove its original growth. In a big win for freedom, Kahle also announced that the Internet Archive has placed all the JavaScript that it has written itself and which it distributes to users visiting the Wayback Machine under the AGPLv3. "The Internet Archive generally distributes software under the GNU Affero General Public License (AGPL), but has released some software under other licenses," Kahle said. "In preparation for LibrePlanet 2020, we have declared the AGPLv3 license on JavaScript used on archive.org, web.archive.org (the Wayback Machine), and openlibrary.org. Live free!"

As you have likely noticed, LibrePlanet 2020's second day was jammed full with practical free software knowledge and inspiring calls to further action and improvement, enough so that users in the IRC conference rooms repeatedly expressed their anticipation of the final recorded videos. We couldn't agree more, and are working on getting the sessions transcoded and finalized as fast as we can! To help make these talks accessible for everyone, we're dependent on volunteer transcribers. Please send in any talk transcriptions to campaigns@fsf.org. It's been an exhilarating trip to turn a conference cancellation into a successful virtual conference in such a short amount of time, and all of us at the FSF deeply appreciate our speakers' and participants' support and enthusiasm for the future of free software. We'll see you at LibrePlanet 2021!