All aboard for software freedom!

In our 35 year journey, free software has become a vital global movement for user freedom.

Without free software, we cannot and will not have a free society. Your membership fuels the voyage forward, and will help us reach our ultimate destination: full software freedom.

Join us today for $10/month ($5 for students) and help us reach our December 31 goal of 500 new associate members!

You are here: Home › Blogs › Community › Dailymotion's support for Ogg is a big deal

Dailymotion's support for Ogg is a big deal

Dailymotion has transcoded over 300,000 videos to the free Ogg Theora format, which will play without the need for plugins in the latest free software web browsers. Dailymotion is among the world's largest video streaming sites, making this a major advance for Ogg Theora format,

The Free Software Foundation and its PlayOgg campaign welcomed the news, "A creative art such as video production that is dominated by proprietary software can limit freedom of expression," said FSF executive director Peter Brown, "Dailymotion's support for Ogg Theora will let videomakers reach a large audience without compromise or concern for their software freedom."

“Our users expect the best possible experience and we are excited to be supporting free software and standards,” said Sebastien Adgnot, lead developer of Dailymotion's new Theora-driven portal.

"This is a milestone for free standards and free formats," continued Brown, "Dailymotion has taken a strong stand in support of Ogg Theora, and they've demonstrated that you can deploy Theora video on a mass scale."

With the release of the new HTML5 specification and its support in new versions of popular web browsers, Ogg Theora is easier than ever to use. Over 22% of users have browsers that will play Theora, and video publishers can use Java-based fall-backs like the free software player Cortado to support the browsers that still lack built-in Theora support. It's hard to overstate the importance of this step by Dailymotion. But it's also part of a broad movement by video makers, web developers, and online video companies toward independence from proprietary software and non-free formats, a movement in which supporters of the FSF and its PlayOgg campaign have played--and will continue to play--a vital role.

One of the most exciting recent developments for free software in the online video realm is the "video tag." This new HTML5 standard lets web developers build new ways of interacting with video without the need for proprietary software like Flash (Gnash is great after all, but you shouldn't need a plugin to play a video). The video tag provides web developer flexibility such as the ability to control and modify videos on the fly using web standards like JavaScript and cascading style sheets (CSS).

Dailymotion has a history of supporting the free software community, and now they're the first major video sharing site to implement significant support for Theora (here's a full list). With their support for free video standards, Dailymotion has jumped ahead of industry giant YouTube. Google's recent purchase of On2 - the company behind many advanced proprietary video codecs - gives Google an opportunity to help the free software community by freely licensing additional codecs. But until that happens (and it may be far off) Youtube will depend on non-free formats like h264 and proprietary software like Flash--while Dailymotion lets you publish using free formats right now. 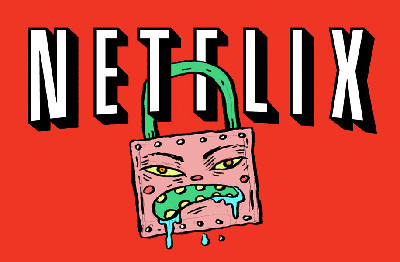 Recent blogs
Moving into the future with the FSF tech team
FSF Giving Guide: It's the thought that counts, so think freedom
Intern blog: Journeying into the free software world
LibrePlanet 2021: Join us online on March 20 & 21 with keynote Julia Reda
Recent blogs - More…