You can support software freedom in 2008! 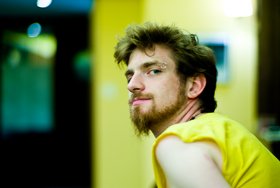 Now is the time to join and give to Free Software Foundation. 2008 is going to be extraordinarily important year for free software.

Eben Moglen likes to quote Gandhi's "first they ignore you, then they laugh at you, then they fight you, then you win" progression when describing the free software movement. As I pointed out when I joined the FSF board, we're beginning to see powerful interests fighting free software. It's going to increase in the next few years. Things will probably get a lot uglier for free software before they get better. We can win but things are far from settled. The FSF is the front-line organization in this fight and we need a robust and proactive foundation, and an active and involved membership, if we're going to win.

Here are some of the issues that the FSF will pursue in the next year.

In part through the work of projects like Defective By Design, we've seen the tide turn for DRM on music in what may be the FSF's greatest success last year. I'm going to push the FSF to continue the campaign to attack DRM for video, eBooks, and the other places it is cropping up.

The most remarkable thing to me about Defective By Design is that its participants and supporters are not, for the most part, people who develop or use GNU/Linux or even know what GNU is! If advocacy for software freedom involves a conversation we can only have with people who understand what POSIX is and how one uses it, we've already lost. Through DbD, BadVista, and other projects, the FSF has made major strides in the last year. It need to do much more and needs your support to do so.

Get proactive about software patents

As a community, we've had our head in the sand about software patents for far too long. There are companies and patent trolls sitting on massive, growing piles of software patents. They are not our friends and they do not mean us well.

One cannot write non-trivial software today without running a serious risk of infringing patents. The software patents minefield we've found ourselves in is a very fundamental threat to the success of free software and we've already begun to see the first casualties and costs. We must eliminate software patents. Now.

The US is very important in this fight (much patent law is "exported" from the US) and almost no organization is working on software patent elimination there. Not enough people are thinking and acting strategically on this issue. The FSF is planning to make major steps in this fight in the coming year and we need your support to do so.

Web services and the changing face of software

This last year, I worked to help launch the new version the AGPLv3. The license addresses the role of copyleft for software like web-services which, due to the legal particulars of the GPL, did not extend to the purveyors of web services. Of course, access to source code does not make the users of all web-services free (e.g., the GMails and the Facebooks).

Nobody seems to know what freedom for web services entails. There might not even be good answers. In the next year, I'm going to push the FSF to help start several conversation and to begin to follow up on what I think was an important first step with the AGPLv3. While this is not a major organizational priority yet, it's a major action item that I will be pursuing through the FSF. If you feel strongly about this issue, whatever your position, become a member, stay involved as these projects develop, and have your voice be heard. We don't know the answers yet and we need your input as much as we need your action.